One of my favorite desserts is French Toast and surprisingly it’s difficult to find a perfectly made plate of it. Plus, I think everyone has a different preference, for example I prefer mine to slightly crispy but not thoroughly soaked through with lots of icing sugar and a big side of strawberries with maple syrup!

Earlier this month I was in New York (my second favorite place after Dubai) and hubby and I decided to take a break from our diet and eat whatever we wanted. We visited Sarabeth’s as it’s renowned for the French Toast and it was the best French Toast I’ve ever tried! It was one of those places where you really want to try a new dish on the next visit but don’t want to waste the chance of having French Toast again…or maybe that’s because I’m a creature of habit and once I’ve found something I love I just don’t want to change it!

I was sad that we’d be leaving this heavenly dish behind but then I remembered how Dubai literally has everything…including a Sarabeth’s! I haven’t visited this branch yet but I’m looking forward to trying it out in the coming weeks and really hope it’s as good as the New York one! 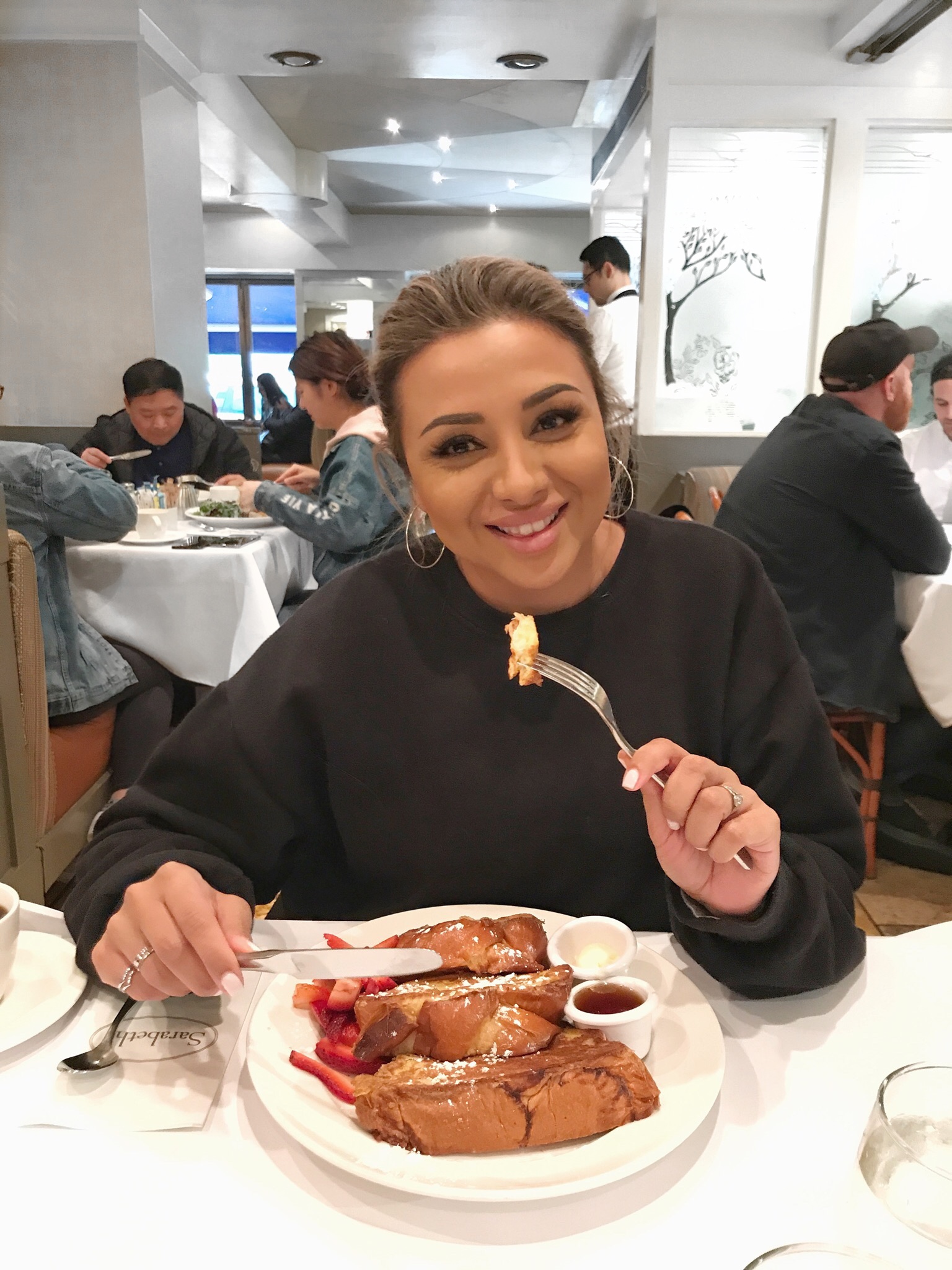