MY VENEERS EXPERIENCE WITH APA!

Everyone has some type of physical insecurity or something they are just not that confident about. One of my insecurities were my lower teeth. I had crowded lower teeth and they were quite visible when I spoke which just made me more uncomfortable with it. However, it wasn’t just a physical problem I was dealing with. Many people may not notice this but I had a very slight lisp because of the positioning of my teeth. I also found it a bit of a struggle to correctly pronounce my F’s, S’s and T’s.

I decided to get some advice on what options were available to resolve this issue and went to Apa Aesthetics because friends of mine had recommended it but also because Apa Aesthetics already has a good reputation of being the best in the industry. If you didn’t know; Apa Aesthetics is the brainchild of Dr Apa who is a renowned celebrity cosmetic dentist from the US. I decided that veneers was the best option for me because I really didn’t want to deal with braces and have heard and seen so many great reviews on veneers. I was a little nervous because I didn’t know what the whole process was and I when you think of veneers you just assume it’s a long and painful process.

I went to see Dr Tarek about veneers as I’ve seen his work and fell in love with his transformations! I decided to just have a chat with him first about it to see if it was really what I wanted to do. He’s a very humble and down to earth guy which made it even easier to seal the deal when it came to decision time!

Consultation – I explained what my concern was and asked if I needed my top teeth done as well. Dr Tarek was honest and said I only actually needed my lower six teeth fixed with veneers. He explained how the entire process works and that it’s really not as bad as what some people may think (I think he could see I was one of those people!). I decided to put my smile in Dr Tarek’s hands – he made it so easy for me to relax and have faith in him.

First appointment – This is where they take impressions of your mouth and teeth. They also took an X-ray for a thorough check. My teeth had to be prepared for the veneers so my gums were numbed so that I couldn’t feel what was going on and Dr Tarek then took around 0.3 millimeter off of each tooth that the veneer would fix onto. I was honestly so surprised at how little he shaved off each tooth. I imagined the worst initially (don’t google veneers because you will see exactly how it shouldn’t be done!) but he then explained that not a lot actually needs to come off. A skilled cosmetic dentist will not need to take too much enamel off of each tooth. During this appointment, Dr Tarek also made sure the color of my veneers would match the rest of my teeth. He doesn’t give you that awful super white look (let’s be honest, it’s not natural), he ensures it is white but matching the shade of your other teeth.

The impressions of my teeth are taken again and these are sent to the Dental laboratory which is just upstairs! Most dental clinics will need to send the impressions off to a separate dental laboratory meaning the entire process could be delayed with sending back and forth. The fact that everything is ‘in house’ at Apa Aesthetics makes a huge difference! The whole process is quick and the Dr Tarek can speak face to face with the Dental laboratory regarding any changes. Can you imagine having to have your impressions sent to a separate place and then sent back and if there are any changes then sent back again?! This would be enough to put me off even having them done so I can’t stress to you how much of a plus point it is that Apa Aesthetics have this ‘in house’.

A temporary dental fixture was made on the same day and inserted so that I could carry on as normal until my next appointment when they would insert each veneer. The feeling of the temporary fixture was odd but nothing uncomfortable. This is where you get to see what they would look like and how straight your teeth will actually be.

Second appointment – I was back with Dr Tarek after around a week to have my final veneers fixed. My gums were numbed again and the temporary fixture was removed. After cleaning up my teeth Dr Tarek then matched each veneer to each tooth and did some last minute shaping and prepared the teeth for the veneer application. He then bonds each veneer to each tooth with cement and uses a special light beam which hardens the cement. The final steps are removing any excess cement and evaluating my bite to make sure it all feels natural. I went back a few days later to have a check up with Dr Tarek and all seemed fine.

Results – I am so happy with the results! Not only do my teeth look straight but I can now pronounce my F’s, S’s and T’s correctly! I wouldn’t hesitate in recommending Dr Tarek at Apa Aesthetics – he is a true Artist and one of the best cosmetic dentists in Dubai!

I’ve filmed my whole veneers journey which you can see here INSTAGRAM for a thorough and detailed look into what happened….just go to my IGTV and you will see a vlog on my journey! Below you can see some snapshots of my process and also the final results! 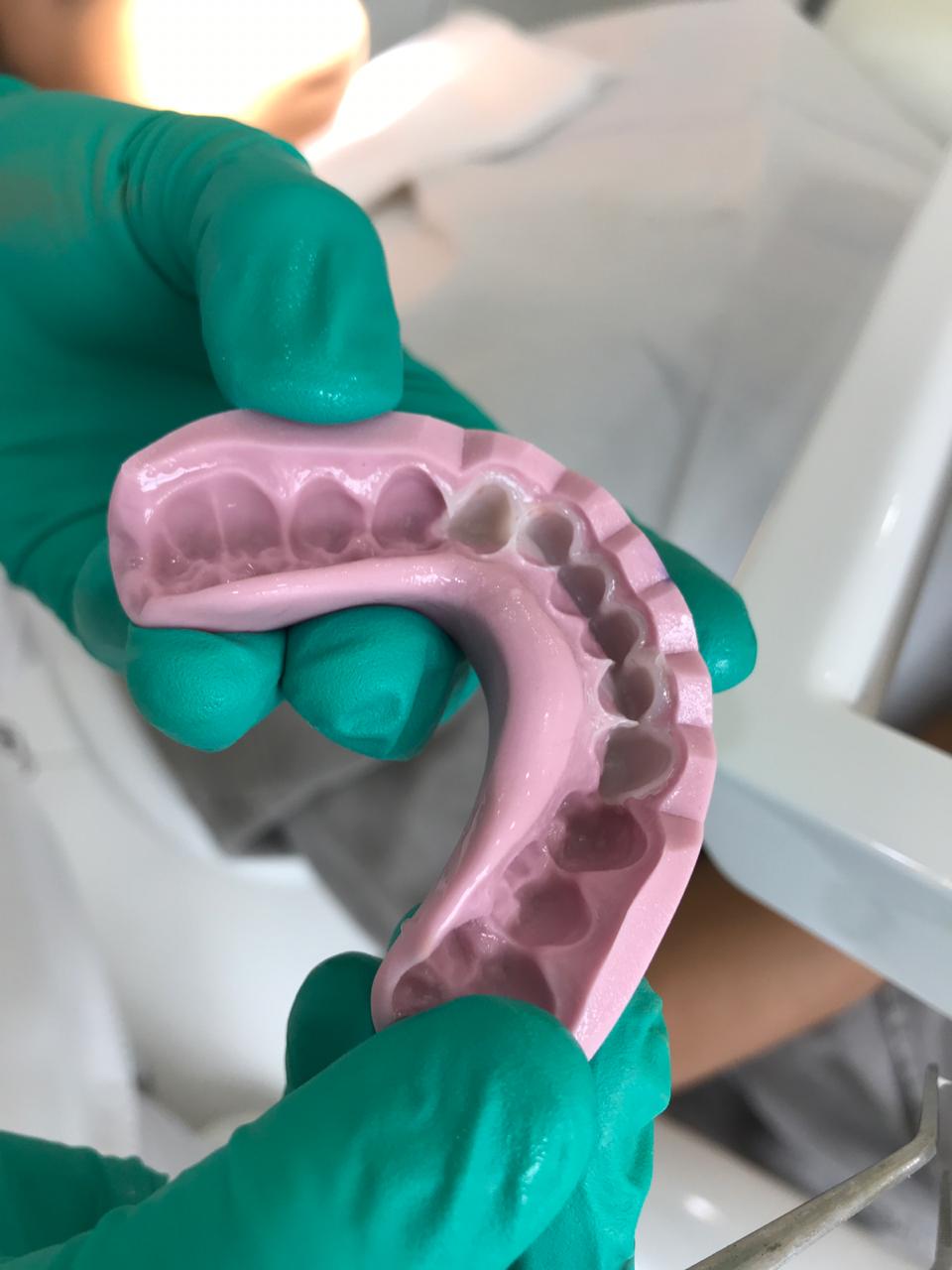 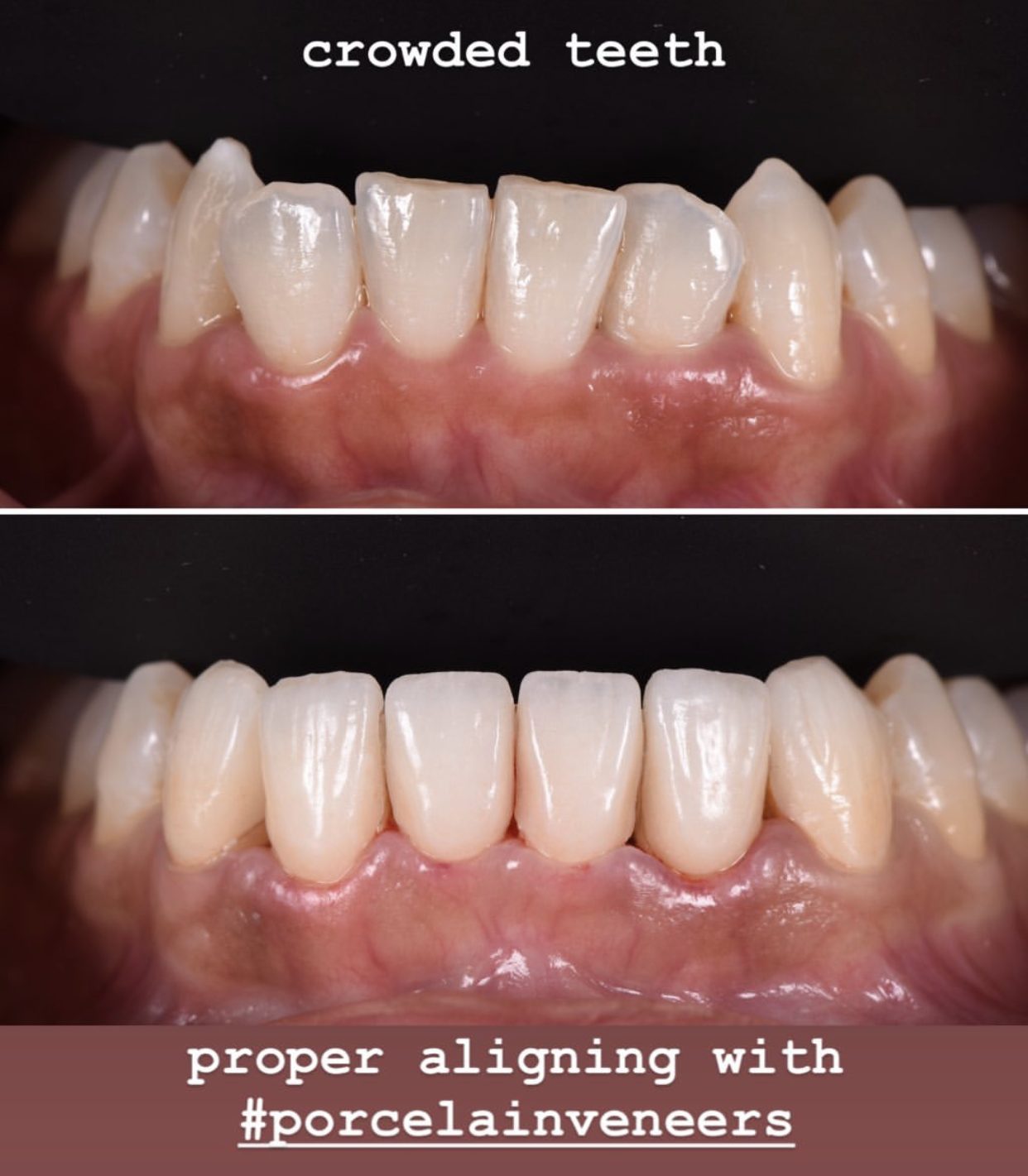