Breakfast – Initially I wondered how they would make it look like a big typical Breakfast spread with lot’s of buffet stations but I was pleasantly surprised at how chic and unfussy it looked. They had buffet areas for things like pastries and bread (which was pastry heaven!) and they had small plates of desserts such as pancakes and french toast placed on the counter which surrounded the chefs – just to give you an idea of what each dish looks like. You then order your eggs or desserts and they bring it to the table. Usually I start my morning with over-easy fried eggs on toast (only if I’m staying at a hotel) and I’m SO fussy about food. Such as; is it still hot when it reaches the table, are my eggs perfectly over-easy, is my toast still hot by the time my eggs arrive, is the butter they serve room temperature so that I can easily spread it on toast etc. At Hell’s Kitchen, my eggs were perfect! It’s rare that this is the case when I’m traveling. Theres always once place that either overcooks them or leaves that horrible white jelly sitting over the egg! Everything was perfect and the desserts were delicious! 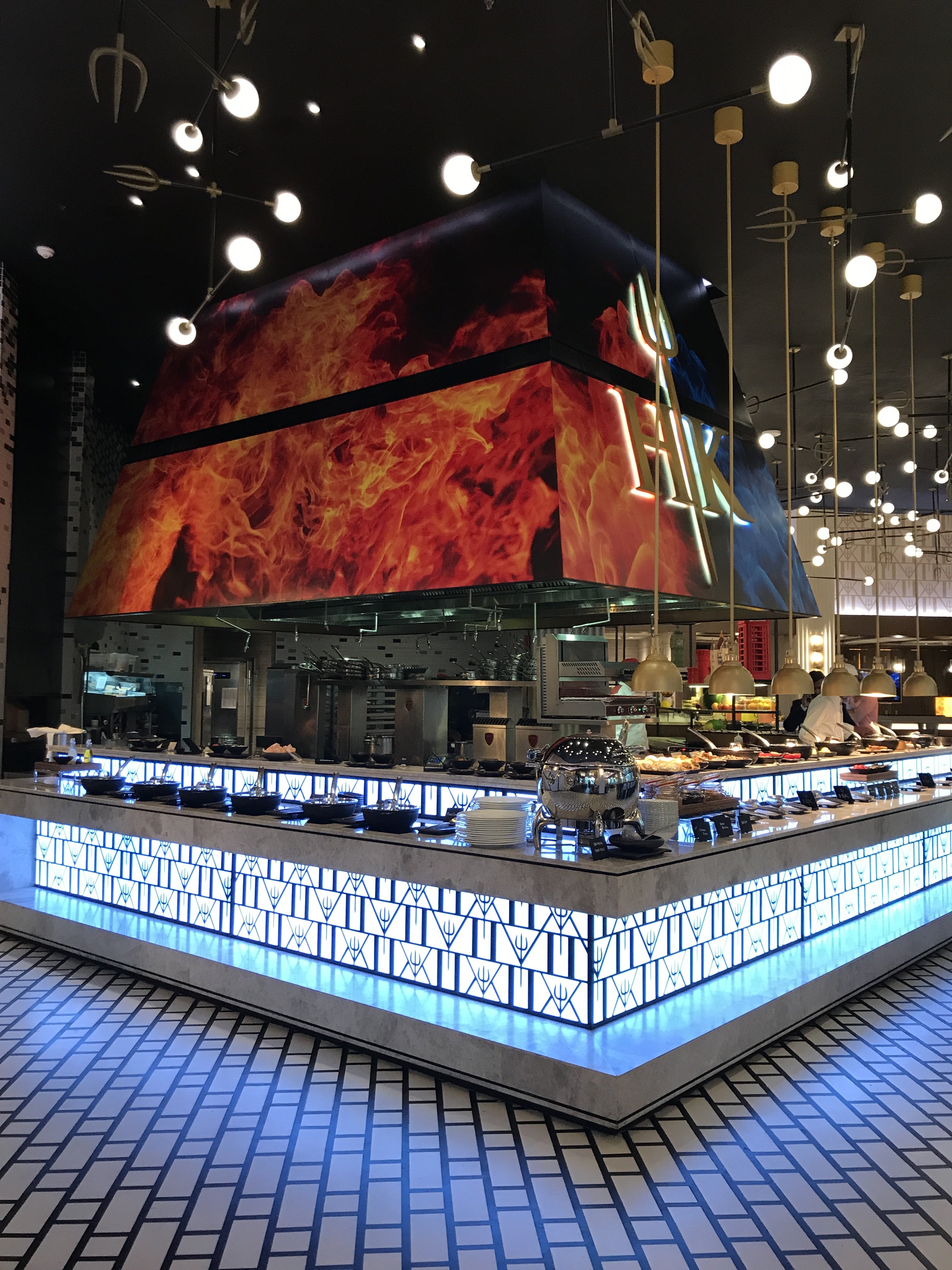 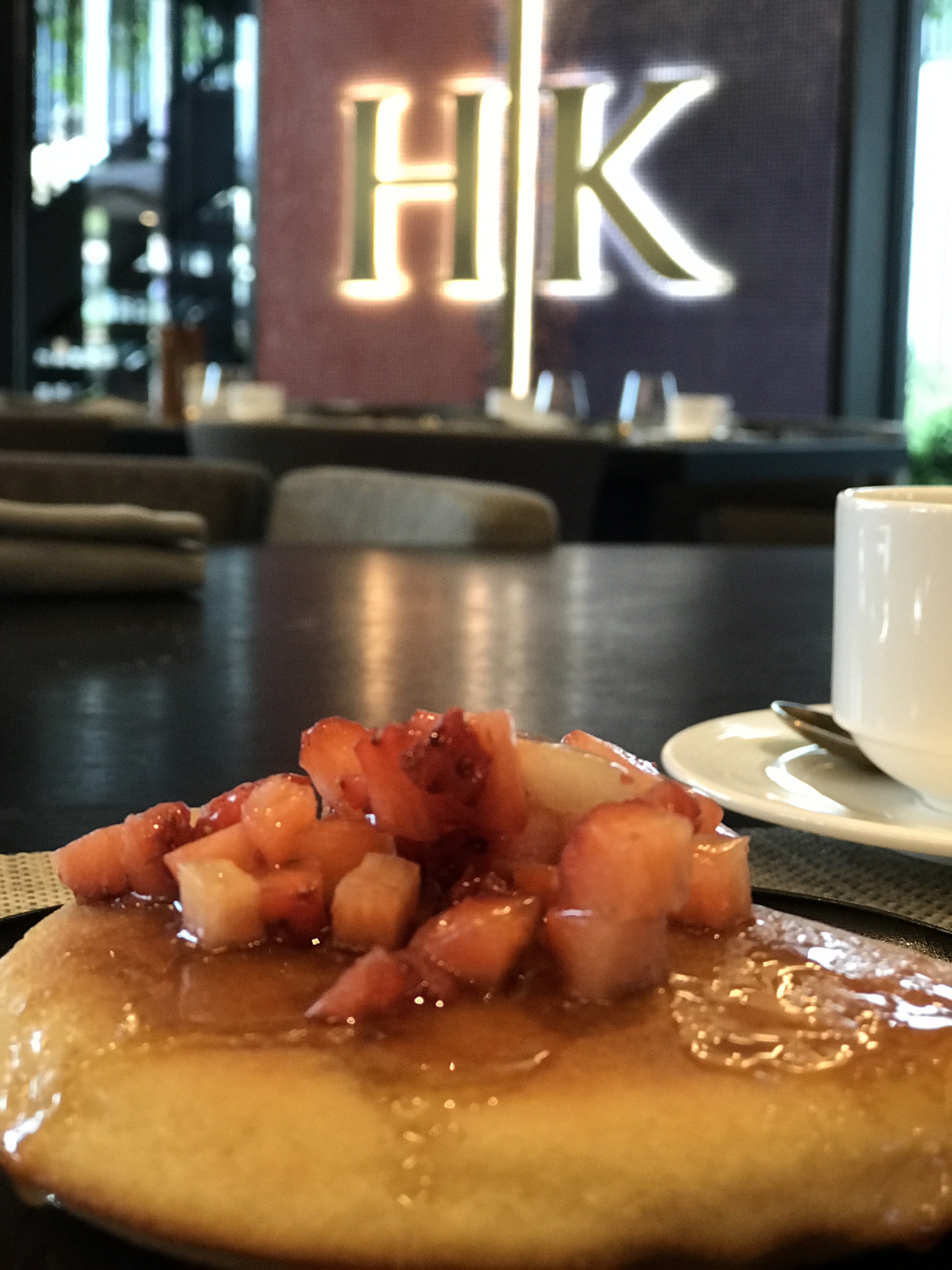 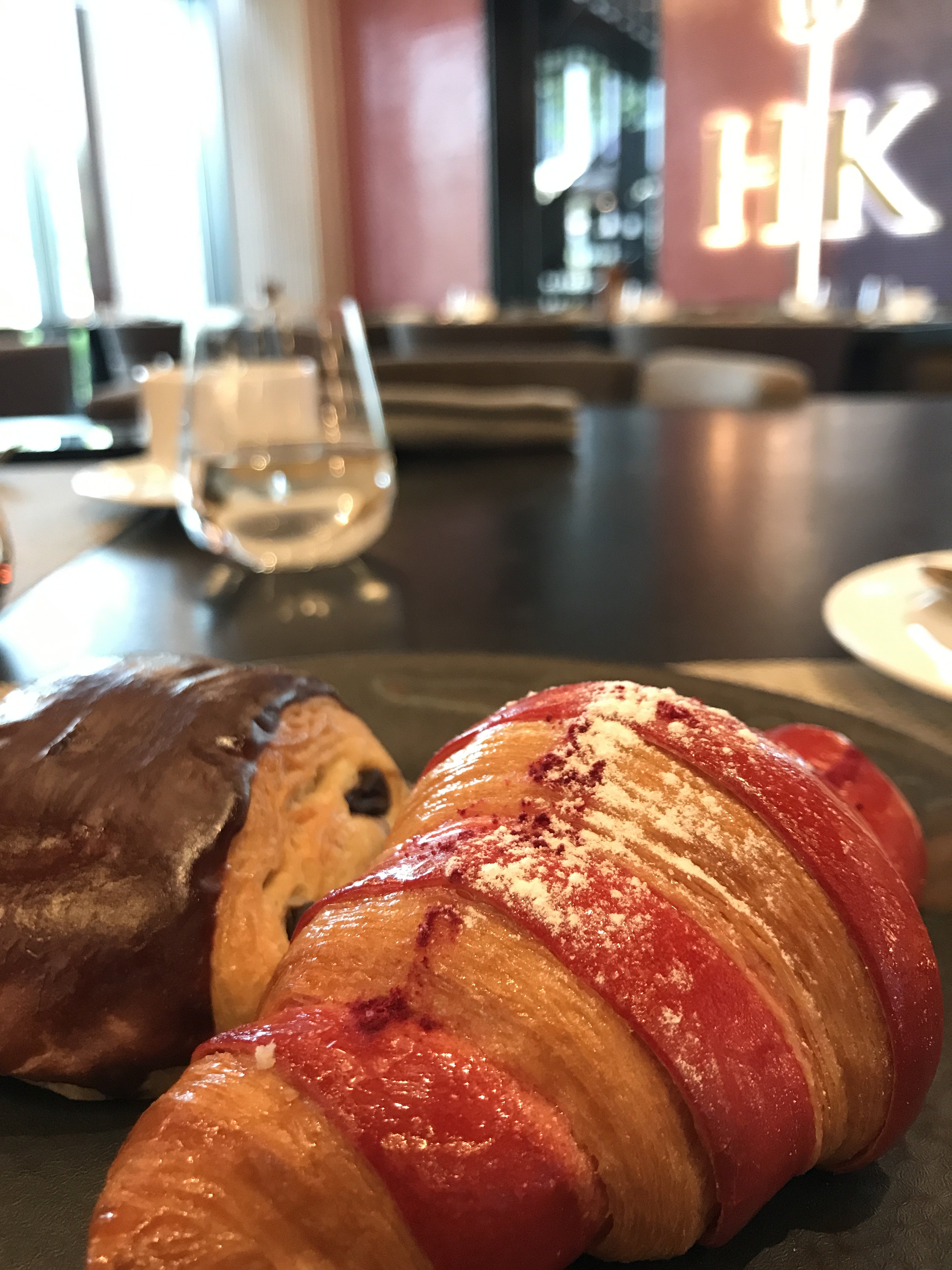 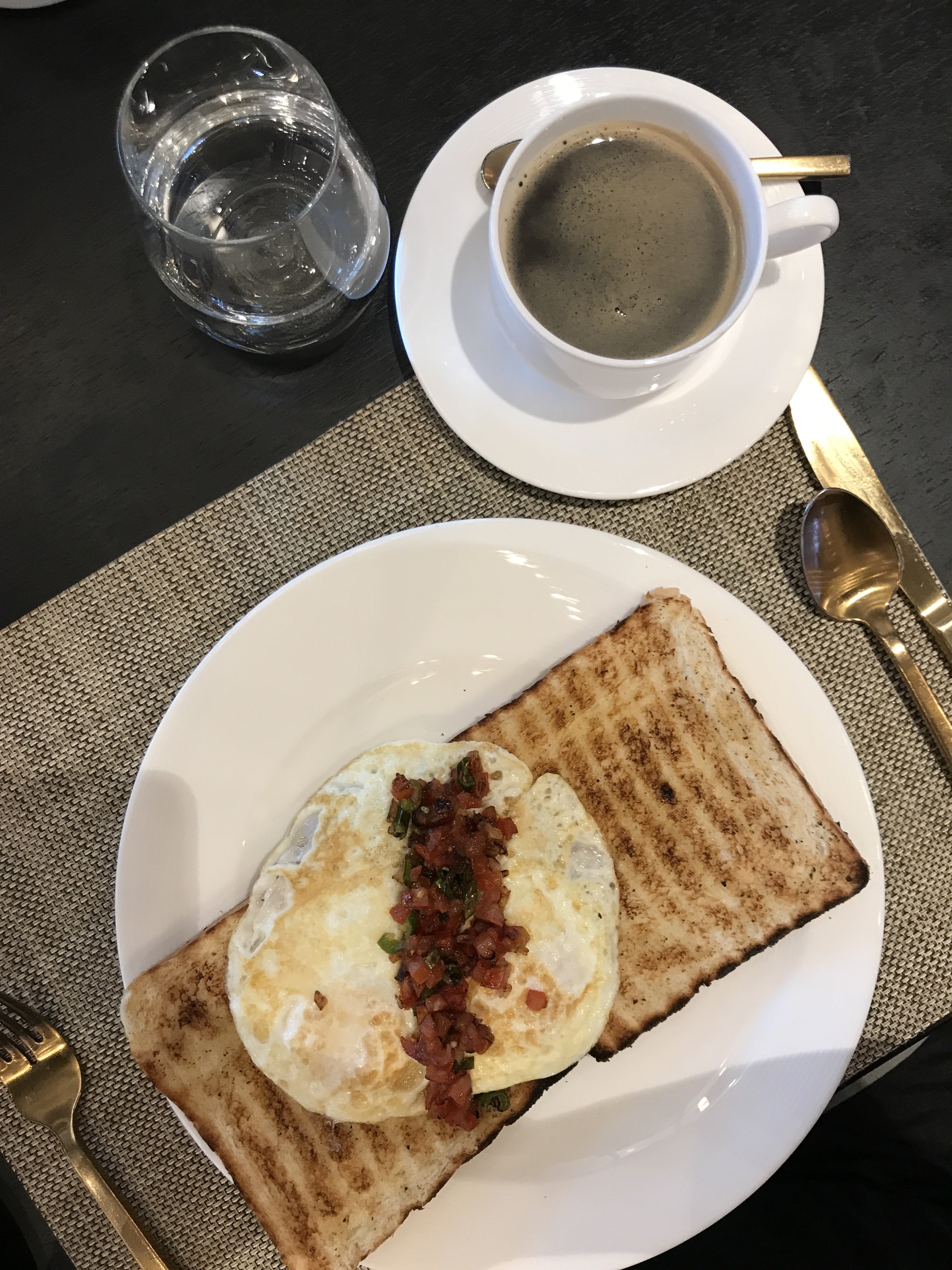 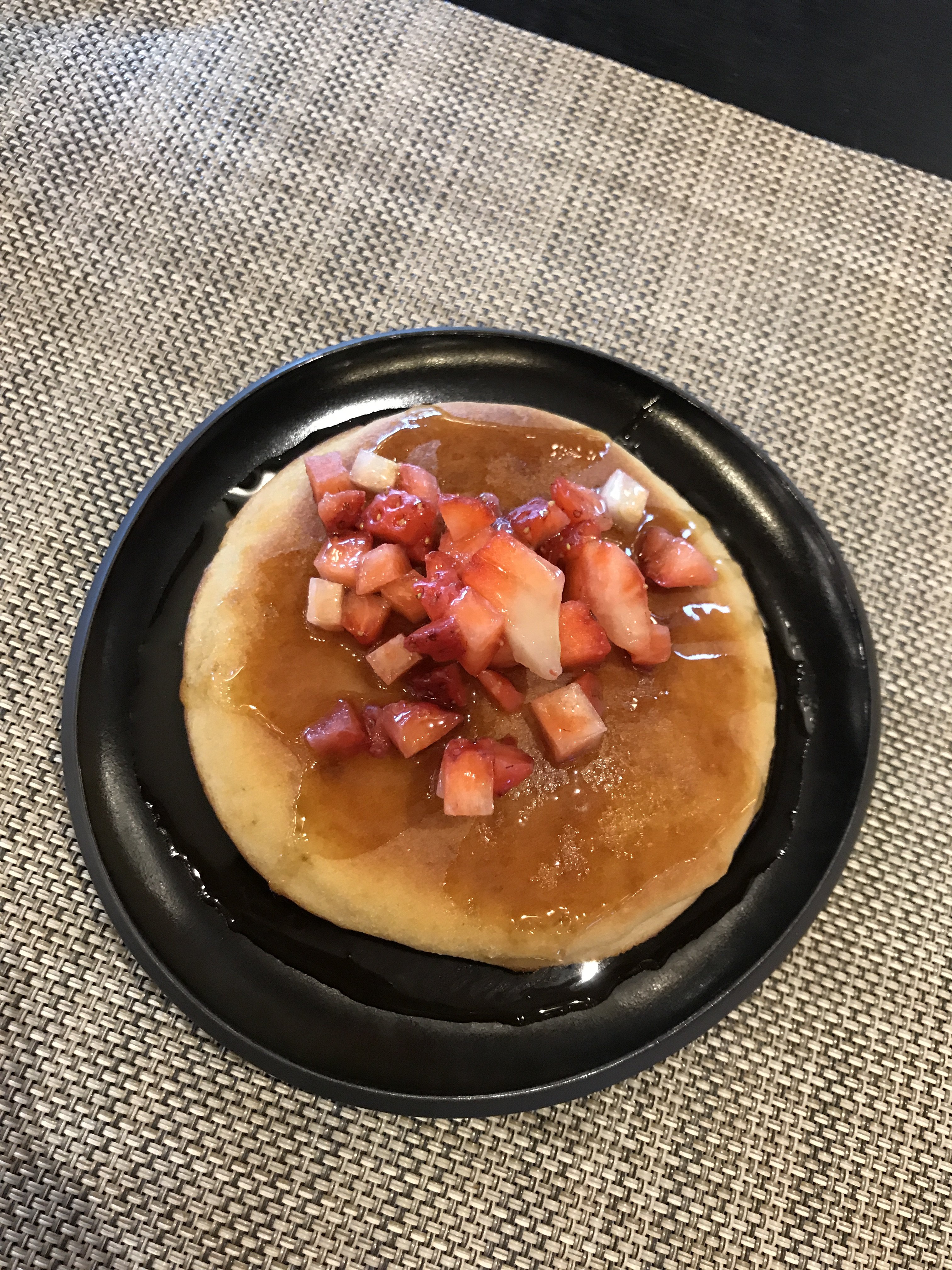 Lunch – I went last week for lunch and it didn’t disappoint! I ordered the standard burger but asked for it in a lettuce wrap instead of bread. It was so delicious! The burger was cooked perfectly and ever so slightly pink in the middle. I also ordered Cauliflower cheese and bear in mind I hate Cauliflower and have no idea why I ordered it but wanted something healthy instead of fries. It was insanely tasty! I never thought I’d say that about Cauliflower but I could easily eat this dish on it’s own. It’s super wholesome and tastes like a mac and cheese. 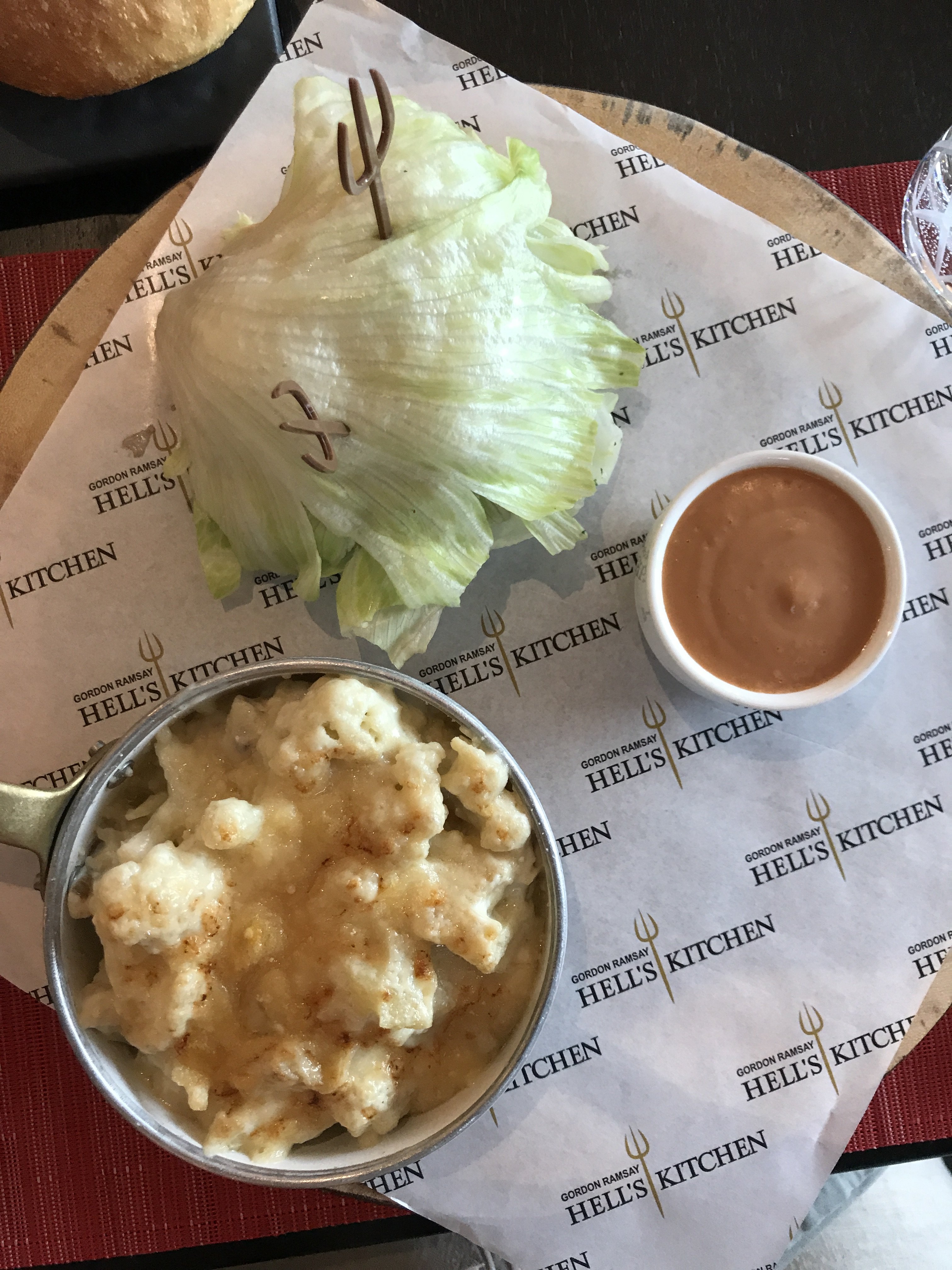